hea·then
noun, plural hea·thens, hea·then.  an unconverted individual of a
people that do not acknowledge the God of the Bible;
a person who is neither a Jew, Christian, nor Muslim; pagan.
adjective
of or pertaining to heathens; pagan.
Origin:
before 900; Middle English hethen, Old English hǣthen
,  akin to German Heide, heidnisch
(adj.), Old Norse heithingi  (noun), heithinn
(adj.), Gothic haithno  (noun); perhaps akin to heath 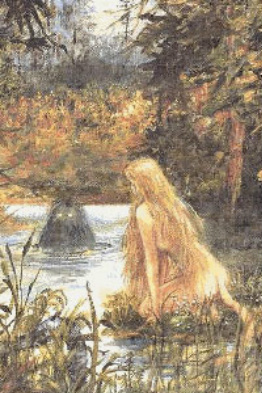 Heathenry
As you can see by the dictionary reference above. When we take a look at the word Heath  a tract of open and uncultivated land; Wasteland overgrown with shrubs. any of  various low-growing evergreen shrubs common on such land, as the common heather , Calluna Vulgaris.
Looking at a norwegian encyclopedia  I find that the word  "hedning" is of the old norse "hede" = The one who lives in the country - or the one who longest kept tightly to the old faith.


Considering this perspective I will apply Heathenry to the Old Scandinavian and Germanic people's belief. In their mythology, seasonal recognition. As much from the Heather Fields spirit you can take in. Today there are quite some Heathenry rooted, spiritual paths. Such as Asatru (Åsatro, Belief in the Old Norse Gods) Odinism (A focus on the All Father God Odin, which appears in Norse and Germanic myth) Just to name a few.