pa - gan one of a people or community observing a polytheistic religion,
as the ancient Romans and Greeks.
A person who is not a Christian, Jew or Muslim.
Origin:
1325–75; Middle English  < Medieval Latin,
Late Latin pāgānus  ‘worshiper of false gods’,
orig. ‘civilian’ (i.e.,not a soldier of Christ),
Latin:  ‘peasant’, noun use of pāgānus  ‘rural, civilian’, derivative of pāgus
‘village,rural district’ (akin to pangere  ‘to fix, make fast’); see -an 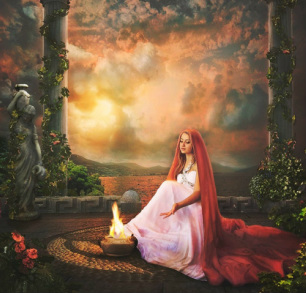 As you can see above. The word Pagan is also associated with Heathen, let's look at Paganus  a peasant, that would be a farmer? One who lives on the land, required to follow natures strong whims. Or at least this is the name romans would give to commoners, however Northern Europe beyond Hadrians wall, and all the way up to Scandinavia. People lived among Heather fields, and that is what Heathen implies...from the heath or heather hills. Later on and into the medieval times and even in modern society, Heathen is used as an insult for non believers of Christianity, and well qouted as sinners in the popular bible. 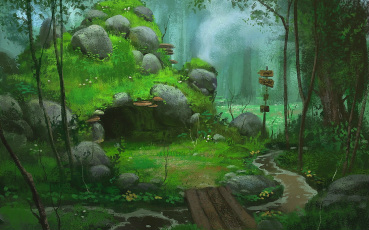 Around the turn of the 20th century spiritual explorations had already become quite common with the early studies of Occultism, hauntings, divination and some folk medicine still in popular use. One can estimate that around this time what we now call Modern Paganism or "Neo" (New) Paganism began to flourish, and increased through the decades from huddled groups with secret rites, and oath bound vows. Some groups today still consider many rites and knowledge to be bound by an oath.


So in rough basics Paganism today usually implies of a person or people who believe in deities or more godforms.